I have a theory that we are all trapped at a certain age. That at a particular time in our lives things converge, our external and internal worlds reach a state of equilibrium and everything before and – crucially – after this seems reflected in the still water of that time. It is not that we stop growing, but rather that the rest of our lives are lived under the eye of the person who remains in that golden age, wondering how things went quite so wrong.

For my brother it was eight, for me seventeen. It’s not necessarily the time I was happiest – indeed I was still frothing with the unjustness of adolescence – but it was a time when the world seemed laid out before me, and I had done enough to know what was possible but there was still so much to achieve. I started to write my first novel that year (skin-crawlingly bad); I was in love with three girls at once; I read Crime and Punishment, Lolita and L’Etranger for the first time. And even now the seventeen year old me is watching the thirty-one year old me and laughing in the way I did back then, as if I knew everything and could afford to snigger that way, as I lit another Lucky Strike and turned up the Moby track playing from the open window of my battered Cinquecento. 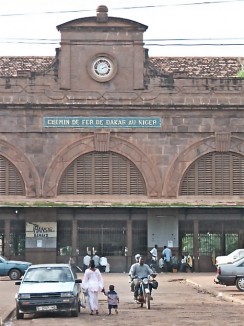 For my father it was his late twenties spent in Africa, first in what was Southern Rhodesia (and is now Zimbabwe) and then, disenchanted with Ian Smith’s apartheid rule, in Zambia and Kenya. Something came over him when he talked about Africa, a nostalgic misting-up but also a sense that he was still partly there, under the great sun, sipping a gin and tonic on the porch of the Norfolk Hotel. 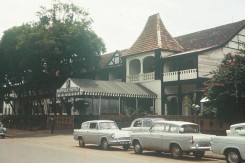 So it was natural that I should have a feeling for Africa, should sling a backpack over my shoulder in the summer of 1998 and set off to Kenya. And later, as I moved towards my own mid-twenties, I took every opportunity to visit Africa, searching perhaps for the person that my father left there, perhaps straining to find that man in myself. Whatever lay behind it I loved those wide skies and narrow streets, the slamming fist of the smells that hit me as I made my way down dirty passages to goat markets as the sun rose. Maybe I even left a bit of myself out there. 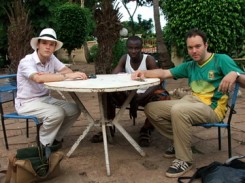 I haven’t been back for a while. Since the baby arrived I have spent my holidays closer to home, under skies less varied and upon streets of uniform tarmac. And as I hear of friends setting off for great adventures, and I see their photographs of helter-skelter skylines and impossible white beaches, something in me does mourn those days. But then I hitch the baby in his sling to my chest and set out across the countryside, and the little man chats away and giggles as I bound uphill, and the past seems like a very different country, one I’m happy to have left behind. 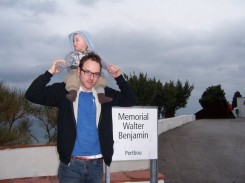