So after the hand-wringing, the late-night panics, the scans and the shelved plans, she arrived. It was the night of the book launch, still a month before the due date, but something told me that it might happen, that the two creations might come into the world on the same date. The launch was marvellous – friends surrounded us, our little boy helped me to sign copies of the book, I had just seen the reviews in the Independent and the Financial Times which were brilliant and I fizzed around the room, losing myself in the noise and the love. 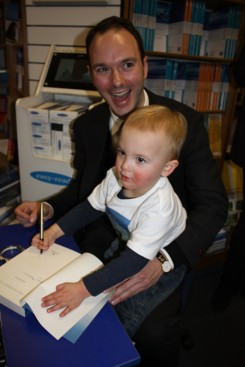 My wife was her usual calm, magnificent self, moving around like some benevolent spirit making sure that people were enjoying themselves. But she did disappear regularly to the loos in the bookshop’s basement and, in the taxi on the way home, when she suggested that we make a detour via the hospital I wasn’t entirely surprised. 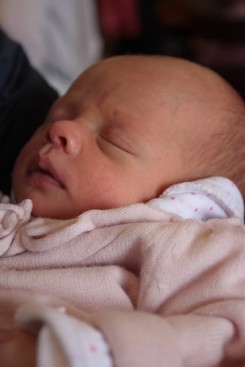 I had forgotten how wonderful it is to hold someone so tiny. How each gurgle and sigh sounds monumental. And now there are four of us it really feels like a family. Times like now are when I read articles by the smug childless like this and shudder. Mr Baggini wishes to “rise above the biological imperative to reproduce”. And there was a dreadful interview with the 50 year-old Irvine Welsh where he talked of coming in drunk at four a.m. and how he wouldn’t be able to do this if he had kids. I can only respond thus: 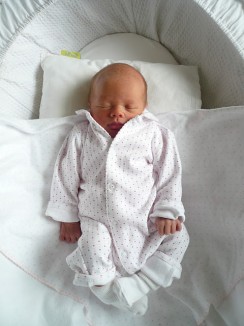 It doesn’t get better than this. I mean it can’t can it?