When I was asked to do the Shoreditch House Literary Salon, I thought I had a pretty good idea of the vibe. There’d be snide, perennially 39-year old television execs leaning against the bar and talking in loud, nasal voices as I read; horsey girls called Bella touching their nostrils and braying about shoes; no one would really care about books, but just wanted to be seen at something vaguely literary before disappearing upstairs for a steak and a bottle of rioja.

I was very wrong.

The homme de lettres – Damian Barr – who organises the Salon, insisted that the audience be made up of members and non-members alike, it is his eccentric and egalitarian taste that defines the literary bent of the evenings, it is he who negotiated with a City law firm to stump up for free pizzas and drinks for the guests. There was nothing snobbish, or sneering or exclusive about it: just a large crowd of people who love reading getting together to talk about it. 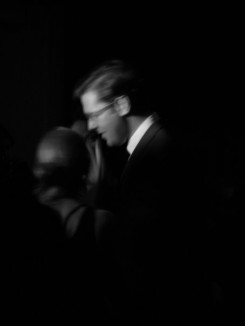 It was a magnificent evening. The room was packed: there were queues down Bethnal Green Road outside. I spoke between Clare Wigfall, who read a poignant and rather lovely short story, and the extraordinary Diana Athill, who at 92 was as sharp as a button. We talked afterwards about how, many years ago, she had introduced my grandfather to the work of Henry Green, and how he had pressed Loving on me with the same enthusiasm. I asked Damian at the dinner table how he expected to make money out of the project (a sign that you can take a boy out of the City…) “I don’t,” he replied, grinning, “I just love putting on the salons”. Maybe this is a true sign of our times: the death of the profit motive, the opening up of previously hermetic institutions, an example – perhaps – of the evenings of poetry that Marx foretold once capitalism fell.

Whatever it is, Shoreditch House Literary Salon is a thing to be treasured.