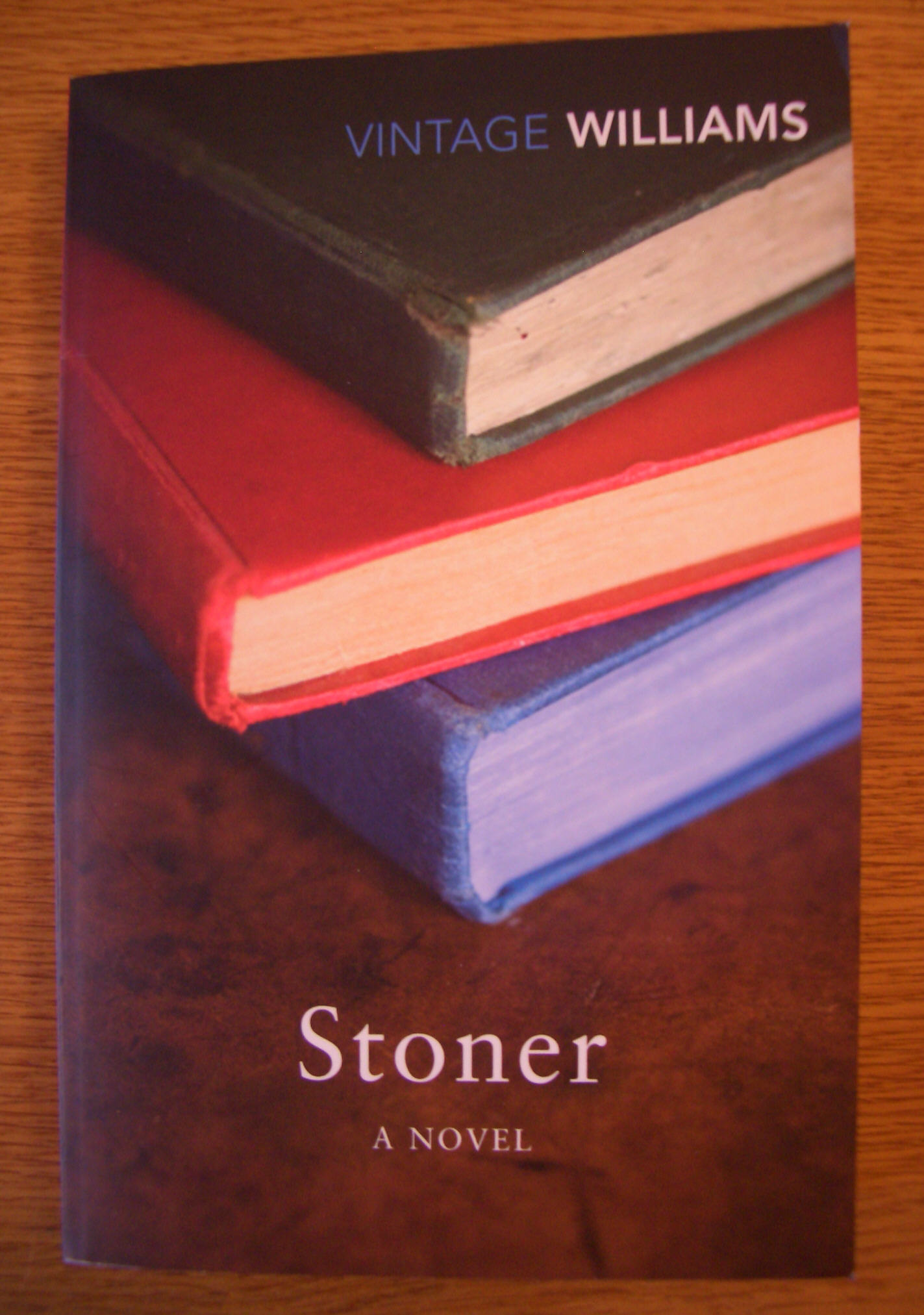 I’m occasionally accused of being too enthusiastic about books on Twitter. Firstly, I think it’s an peppy medium, feeding upon shared pleasures, the web that the love of a good book can knit between people. Secondly, I’ve been on a good run recently. 2013 was the year I discovered Shirley Hazzard, whose novels (particularly The Transit of Venus and The Great Fire) I loved so much I named my kitten after her. World, meet Shirley Hazzard. 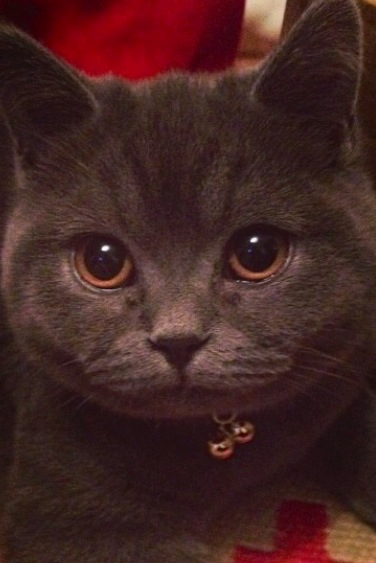 I also read great new books by Evie Wyld, Richard Ford, Laurent Binet, David Leavitt and Kate Atkinson, wonderful older books by J.L. Carr, Natalia Ginzberg and Katharine Burdekin. I hit one of those purple patches where every book you read opens up into another, and all of them glitter.

I rarely write about books I dislike. On occasion, it has seemed like a public duty to let the world know of a real stinker, but usually if I get sent something I don’t enjoy, it is slipped quietly round the corner to the pile outside Kensal Rise Library.

Laura Hassan, the editor at Vintage (now at Guardian Faber) who rediscovered and republished Stoner last year, is one of my favourite people. We’ve known each other forever: she introduced me to Richard Yates, William Maxwell, Lydia Davis, John Jeremiah Sullivan. She even named my first novel over a boozy dinner some time in 2008. Before Laura, This Bleeding City was called After the Crash.

I was prompted to write this when Stoner won the Waterstones Book of the Year Award.  There were – as I’ve said above – some stunners out in 2013, and it pains me that a novel as colourless, as disheartening, as soulless as Stoner should be held up as the year’s best.

Then Julian Barnes wrote a (for him) gushing piece in the Guardian, calling it “the must-read novel of 2013.”

I don’t mind depressing novels. My all-time favourites, from The Brothers Karamazov through Life and Fate to the aforementioned The Transit of Venus are hardly slapstick. But there is something unutterably drab in the gloom that mires Stoner, something so hope-sapping about the smallness of William Stoner’s life, the narrowness of his dreams. I was reminded of  Barnes’s Booker-winning The Sense of an Ending, with its dreary and defeated narrator. No wonder he enjoyed it so much.  Stoner gives you the breadth of a life but, rather than making you feel the variety, the richness, the peaks and troughs of that life, we get nothing but failure after miserable failure. We don’t even get an Ivan Ilych-style redemption in death. William Stoner is as bad at dying as he is at living.

I’m not saying I need every novel to fizz with magical realist fireworks, or to lift me up on some sublime cloud. But the blurb on the back – from the New York Times – tells me that “Stoner will take my breath away.” It didn’t. It didn’t make me care about the characters, who are one-dimensional stereotypes, seen only from the outside and seemingly lacking coherent motivation; it didn’t make me shiver at a perfectly-turned sentence, the way Hollinghurst can or Lorrie Moore or Henry James; it didn’t make me marvel at the depth of imagination, the brightness of the fictional world, the way Rushdie can, or Borges or David Foster Wallace; it didn’t describe nature, or towns, or politics or sex in a way that made me see something new, or alive, or as if for the first time. Instead, we get a small life described in a small, precise way: the dead hand of realism.

Half-way through this dreary novel, we read the following passage, which I think is worth quoting in full:

He had come to that moment in his age when there occurred to him, with increasing intensity, a question of such overwhelming simplicity that he had no means to face it. He found himself wondering if his life were worth the living; if it had ever been. It was a question, he suspected, that came to all men at one time or another; he wondered if it came to them with such impersonal force as it came to him. The question brought with it a sadness, but it was a general sadness which (he thought) had little to do with himself or with his particular fate; he was not even sure that the question sprang from the most immediate and obvious causes, from what his own life had become… He took a grim and ironic pleasure from the possibility that what little learning he had managed to acquire had led him to this knowledge: that in the long run all things, even the learning that let him know this, were futile and empty, and at last diminished into a nothingness they did not alter.

Let us look at the style here: dead prose, letters stacked like bones in a crypt. The repetition, the cumbersome sentence structure, the snag that makes us feel as if we are gargling as we read it. Those semi-colons! Yes, this is supposed to be the close-third person voice of a sad and defeated little man, but a man who has studied the canon, who knows his Shakespeare. I have seen the novel praised for its simplicity, and I can see this, but simplicity works when it illuminates, stripping away the baggage, rather than being merely empty.

From the start, William Stoner is a distant, passionless type, unwilling and unable to enter into intimate relationships, to take his place in the social world (a comment on class? Probably, but not new, or particularly interesting). Because of this, we get passages like the one above, where feeling is described as if from a great distance, with no sense of immediacy or energy (it’s important to note that it is “general sadness” – nothing specific or distinctive about it and that his revelation hits him with “impersonal force”). And what adolescent philosophical musings – surely a professor of literature, a professor who we presume has read his Tolstoy and his Eliot, would have a richer vocabulary of sorrow than this pap.

With each of Stoner’s defeats, he backs further and further away from us, his voice becoming more distant, his character less alive on the page. At the start of the novel, I was yelling at him to grow a pair. By the time he lets his wife sacrifice their daughter on the altar of her motiveless malignancy, I’d given up on him entirely. I read through to the end because I wanted to see if, perhaps, as with Richard Ford’s magnificent Canada, there would be something elegiac, a note of quiet redemption in the final passages of the book. There wasn’t.

Other things I hated: Williams’s personification of Edith – a shameful hotchpotch of Victorian stereotypes of the hysterical woman. The way that no women in the novel are given independent lives (or minds) but are rather subject to the whims of their menfolk, destroyed before they are given the chance to breathe. Walker’s disability as an indication of his warped mind seemed cheap and base. I also thought it  strange that Williams doesn’t use Stoner’s teaching of Renaissance literature as a way of delivering some kind of interior life to his character (as Coetzee used Wordsworth and Byron to defrost David Lurie in Disgrace). Stoner’s academic pursuits are kept entirely separate from the blank misery of his life.

In the end, the thing that distressed me most about Stoner was that so many of those I love and admire have enjoyed it. That I have heard it compared to Richard Yates and John Updike and Richard Ford, those other great chroniclers of bourgeois American disappointment. It has been pressed upon me urgently by Laura and others, and I just can’t understand it. The novel helped me identify something that I need in literature that Stoner doesn’t deliver: life in all its hopeful/hopeless bustle. William Stoner’s existence is winnowed away with every passing page until we read, barely two-thirds of the way through, that “he knew, somewhere within the numbness that grew from a small centre of his being, that a part of his life was over, that a part of him was so near death that he could watch the approach almost with calm.” Stoner is dead almost as soon as he is born – this is not a tale of great promise stifled or a high-shot arrow falling fast to earth. This is a middling life of little ambition told in gutless prose. The misogyny (and no, I don’t think that’s too strong a word here), the snagging narrative voice, the sense of perpetually being on the outside of his characters, all of these are symptoms of a wider malaise: Stoner the book reflects the soul of its protagonist and never comes to life on the page.